Isn’t it annoying if you are in the mood to watch videos on your Android mobile and suddenly it’ll stop after playing a few seconds? Why is that?

This article will explain the reasons why video stops playing after a few seconds on Android phones. Likewise, this will also discuss the tricks needed to watch your favorite movies or YouTube videos without sudden stopping. 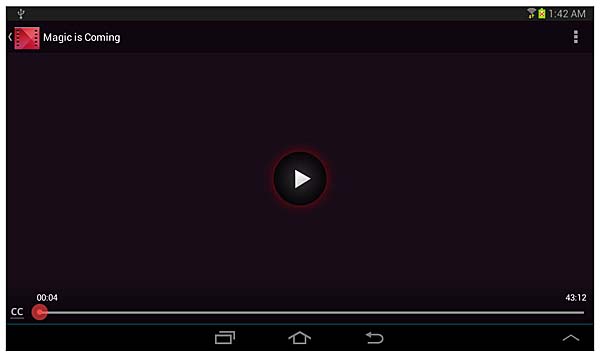 Why Video Stops Playing After a Few Seconds?

Google has been asked several times about the reason why video stops after playing a few seconds and the solution to this problem. There’s not just one reason, there are a lot of them. As much as possible, this article will give all the instances and explain why it happened.

If you’re watching videos on YouTube and then it automatically stops after a few seconds, perhaps you have a slow internet connection. Especially if you’re playing HD videos, you need a faster internet connection to watch YouTube videos without interruption.

A Lot of Running Apps

Even though you have an internet connection or if you’re playing offline videos and eventually they stop after a few seconds, the problem is with your phone. Perhaps, there’s just too much going on in the background and your phone can’t allocate more memory to continue playing the video you’re watching.

Some Android mobiles give you smart options like auto-pause and ‘Take a break” reminder. For the auto-pause, check your phone’s Settings. For the reminder, you must go check it in the YouTube app.

Now that different causes have been identified, it’s time to fix the problem. Since there are different reasons behind the problem, there are also various solutions tailor-fitted to the nature of the cause.

Especially when streaming YouTube videos, you don’t need high definition resolution. To lower the resolution, you can go to the Gear icon towards the rightmost part of the video below the progress bar. Select a lower resolution.

Alternatively, if you want to watch it in HD, you need to pause the video for a few minutes and let it buffer. In this way, you can continue watching without stopping until the video ends.

If you’re playing offline videos and still encounter problems with video playback, perhaps, you should refresh your phone by restarting it. In case there are unnecessary background services, these will be stopped, as well.

Similarly, you can free up more space in your app or on your phone by deleting the cache. For a specific app, go to Settings>Apps. Tap the video app and then, you can see the App Info — go the Storage. Tap it and the details will be displayed. You can hit Clear Cache or Clear Data. You should know that when you Clear Data, you might lose the videos you save to watch later, as well as your downloaded videos — for that specific app.

Update OS or the Video App

Sometimes, outdated video apps will have this kind of problem. Updating it and getting the latest version of the app should do the trick. However, if the problem continues after you update the app, the problem could be in your phone’s software. Check if there are updates available. You can read the inclusions of the updates, so you know whether your problem can be solved by the latest update — or not.

Use Better Headset or Speakers

As mentioned, sometimes the culprit of YouTube video playing and stopping is because of the bad speaker/headset connection. Some Android mobile phones detect this as frequent plugging and unplugging of the headset — results in pausing and playing of the video.

Try unplugging the headset and play the video. If it plays without interruptions, then, the problem is on the headset or speakers. You need to replace the headset you’re using or connect it to better speakers.

Turn Off Auto-Pause and Take a Break Reminder

Some Android mobile phones have a smart option that allows you to take a break after some length of watching videos. If you want to have an uninterrupted time watching your favorite movie, turn the auto-pause feature off. To do this, go to Settings>Motions and Gesture>Mute/Pause>Smart Pause. This is for Samsung Galaxy phones, but other Android phones may or may not have this feature.

You can alternatively search this feature via the search bar on your phone’s setting. If you don’t have this option, then, go to the app’s setting and check if there’s a similar feature there.

For YouTube, for example, there’s a ‘Take a Break Reminder,’ that will automatically pause your video at a certain time it’s set. Toggle this off so you can watch videos continuously.

If all the workarounds above won’t work for you, then, the last thing you can do is to use another video streaming app or video player. Or, you can install plugins and other apps to play videos without sudden pause or stop.

Indeed, it’s a disturbance when you’re watching your favorite movie or clips, and the video stop playing after a few seconds. Android has this problem occurring to some phones and models. For some, the auto-pause is good to take a short break. Yet, if the video stops after you just started to play it, it’s very infuriating.

The major cause of such erratic behavior of certain video streaming apps is a poor internet connection. However, if this also happens when you play offline videos, then, it could be a problem with your storage and memory — just like how your computer behaves. Among other factors are outdated apps or bad headset connection. Surely, one of the solutions above could help you play videos without interruptions.