People use Android mobile phones because they’re highly customizable and you have endless potential with them. You can change the appearance, theme, and nearly anything and everything on your Android mobile. This is exhilarating, yet, most Android users encounter this error during the process — could not find meta-inf/com/google/android/update-binary…

While Android gives you options on its Settings, you can do so much more when you flash a Custom ROM to your smartphone — which could be challenging. Although it’s exciting, the process isn’t straightforward, especially that you’re giving a new backbone to your phone. This article will help you skip that dilemma and just lets you enjoy the endless possibility of Android mobile.

For those who are just satisfied with their Android and don’t want to change anything on their phone, you won’t encounter this problem. However, if you want to explore the capabilities of this green guy, you have to brace yourself with possible problems and challenges in the process. If you do things right and follow the correct process specific to your phone model, you’ll get through without any problem.

As you know, there are tons of Android mobiles out there — each of them could have a slightly different customization process. But, they have one thing in common — you need to acquire custom OS or custom ROM which can be found anywhere online.

These custom ROMs are mostly free, developed by passionate core programmers aiming to give you something new. You can easily find them online by googling ‘custom ROM,’ you can download them on your phone or using a computer and flash the ROM to your phone. As mentioned, while some people are lucky (perhaps, knowledgeable enough) to have successfully flashed a new custom ROM to their phone, some people failed. 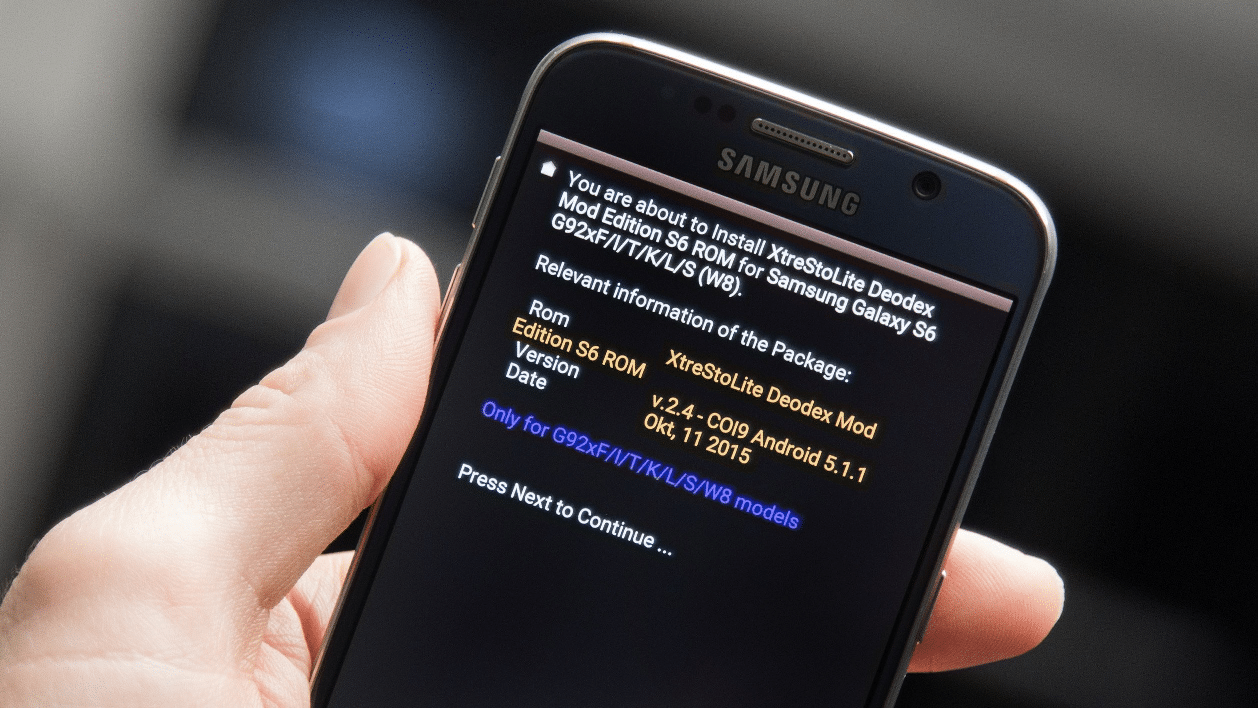 Oftentimes, the problem is on the ‘update-binary.’ Some Android users are stuck because they could not find meta-inf/com/google/android/update-binary. Worst case, if you happen to follow incorrect procedures, your phone might be completely inoperable. But, if you are careful you won’t end up ‘bricking’ your phone.

As for your phone becoming dead when flashing new OS, there’s no other solution than being careful and ensure correct procedure upon doing so. Certain Android mobile models have different customization processes — be it on the phone itself or using a laptop. But, if you are stuck because of the update binary issue, read on.

This is something technical and if you are not familiar with it, don’t freak out. Custom ROMs have ‘update-binary’ file – an executable file that bears the installation code. An executable file is a computer file that will perform tasks/activities when the user clicks on it.

With those terms being explained, to push through with your customization, you must need that executable binary file. It’s the first thing the system will find so you can proceed with the process. All the information to the left of the update-binary pertains to the location where the script should be found.

How to Fix the Error?

Custom ROMs come in zip files. If upon checking the zip file, you’ll find the ‘update-binary,’ chances are, your phone requires a computer to flash the new ROM. Certain mobile phones allow you to flash directly through your phone, while others need to be connected to a computer.

If you are using TWRP recovery or CWM, you can make changes with your ROM by rebooting your phone and access recovery mode. Each model has different shortcuts in accessing the recovery mode, but the most common is by turning off the phone, and once it’s off, press the Volume Down and Power button simultaneously until the logo pops up.

There are two ways to get around with this problem. First, is to replace ‘update-binary’ file, and the second is to delete the asserts in the update-script. The former could be a safe alternative, while the latter might not be safe for all Android mobiles.

Just a quick gist about asserts, they are there to prevent Android users to install incorrect or incompatible ROMs. Proceed at your own risk and delete all the assert statements until you reach the mount function — stop there. Save the file and re-zip the ROM file. You should proceed without a problem even if you’ll do the flashing and installation on your phone. 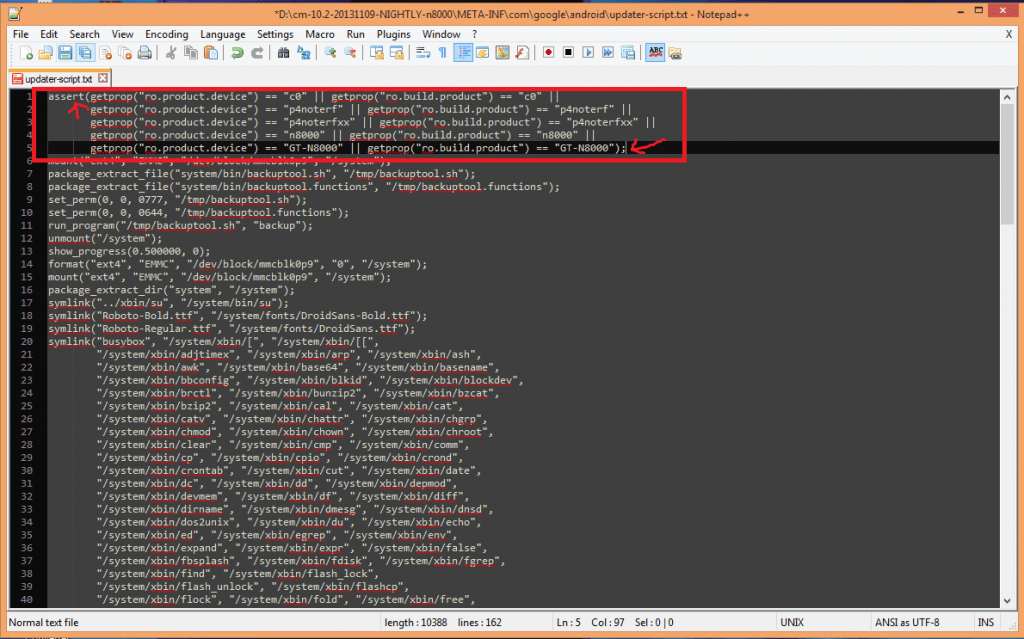 Sometimes, the problem is your phone can’t recognize the updater file is the newest version. If the ROM you are going to install has a newer version, download both new and old files. Unzip both ROM files and replace the binary file in your new ROM with the older one. Then, zip the ROM again and try re-flashing your phone.

One more thing, you can also encounter this error if you want to flash stock ROM back to your phone using the TWRP. You must use a computer, boot into recovery, and flash the stock recovery. Then, ensure that the ROM zip file is in your computer to proceed with the process unhampered.

You can also use third-party apps like Flashify, Flashfire, Rashr, and similar programs if your phone is rooted. It always pays to be careful and learn as much before using such apps. Since you are changing vital processing aspects of your phone, you must perform the process with perfection.

Because there are a lot of Android mobiles out there, there’s no ultimate fix to this problem. However, it’s recommended that you should get legit Custom ROMs (from the manufacturer) or better yet, get help from legit forums and communities. For sure, one of the solutions above can help you, but it’s always an advantage to always play on the safe side.

Is There a Need to Customize Your Android?

Not really, if you are satisfied with the functionalities, appearance, and UI of your Android mobile phone. However, if you want to push the capability of your phone to its limit — making it faster and better or you want to get the latest update – then, you might consider flashing a new ROM or custom ROM to phone.

Older Android phones, especially those that are discontinued won’t receive any software update, so, having to install custom ROM keeps you updated. Even if your phone is stuck in Android KitKat, you can easily flash Android 9.0 to it.

Another thing is, if you’re a gamer and want to enjoy the graphics and boosts the performance of your phone, you can always overclock your phone. It’ll take the toll on your battery life, though. On the opposite side, if you don’t want to charge your phone frequently, you can underclock it. These are just among the perks you’ll get with custom ROMs.

It’s not a necessity to flash your phone with a new ROM. Android phones are equipped with capable stock ROM or firmware, so they can do according to what they are designed to do. However, if you want to let your phone do what you want of it, then, you need to put a new firmware and eventually, the custom ROM that you want to have.

This is a risky task, especially if you’re not a developer or if you don’t have any know-how on software. The most-reported issue is when the system could not find meta-inf/com/google/android/update-binary. This, however, will be the last time you can encounter this problem, as it’s already solved in this article.