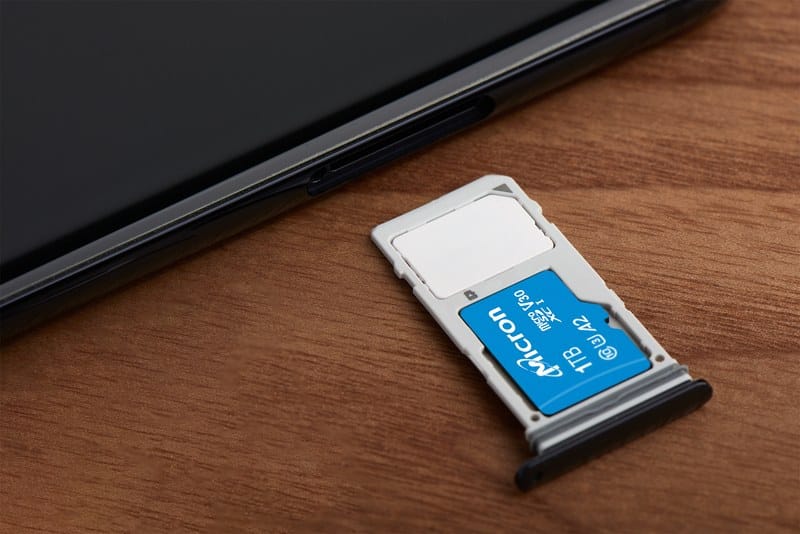 Getting a smartphone with bigger internal storage would cost more. And, for those who don’t want to spend too much, there’s an alternative to getting more storage – external memory cards. Depending on the compatibility of your phone and your needs, you can get an SD card with twice or thrice storage capacity as your internal. Yet, one common frustration among Android users is the app won’t stay on SD card. Yes, you can move them to SD card – as you have the option to – but, they will move back to internal memory when updated.

Why Apps Go Back to Internal Storage?

By default, apps are being downloaded and installed in the internal storage – it’s how Android developers designed it. It’s made that way because the internal storage is definitely faster than memory cards. In fact, if you have selected a bad SD card, your Android mobile can detect it and prompt you a message – ‘Slow SD card.’ You can still use it, but you’ll notice the slow performance of your apps. 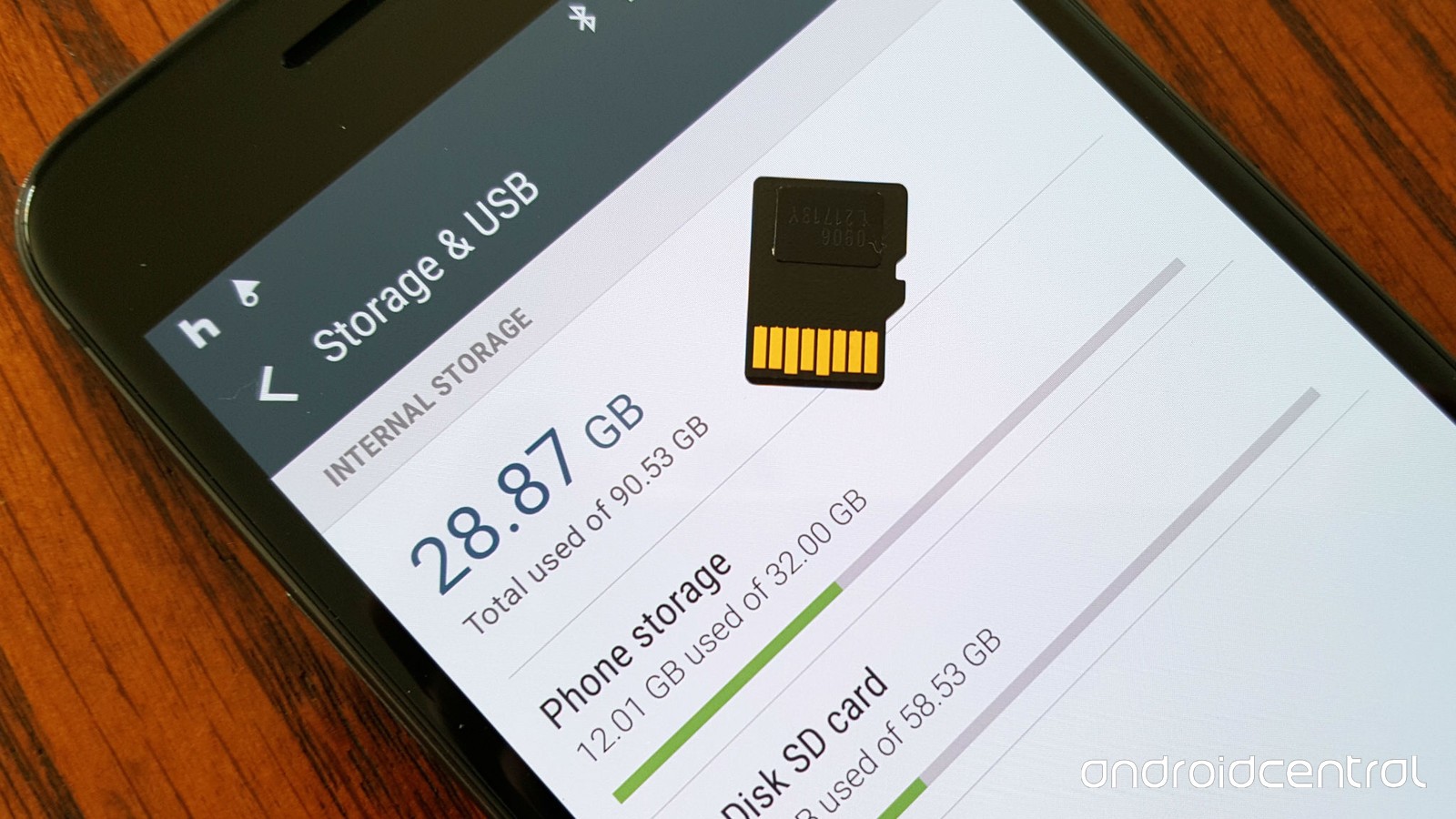 For smartphones running on the earlier version of the Android OS, you can manually move certain apps to your SD card. But system apps can’t be moved to external memory. Unfortunately, even if you have the app moved to the SD card when it gets updated, it’ll still move back to the phone’s memory – by default. You might not know it because you won’t be notified, but definitely, your phone will just prompt you about insufficient storage. Is there a way to install an app directly to your SD card and keep it there? There is!

Force Apps to Stay on Your SD Card

The good thing about Android devices is that you can always find an alternative route so things can go according to how you like them to be. There are several ways to do so, yet it still depends on the make and operating system on your phone. If you have a later version of Android, then you can easily make your SD card internal storage. However, if you have difficulties, the following should save you from wrong moves and issues.

For some phones, you can directly install the app to your SD card. But, the caveat of this method will be, if you have already installed the app, you need to remove it and install it again. To do this, you need to go to Settings>Storage. You can find the Default Write Disk (Default storage) option. Select SD card (or whatever name you have for your external memory). 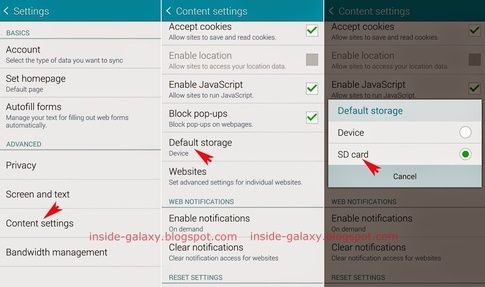 Though you can set the default storage for your apps, it’s still not a guarantee that you can install your app on your SD card. Some developers don’t allow their apps to be stored on the SD card. Once your SD card is dismounted, the app will fail to launch successfully.

For Android devices running on Android 6.0 Marshmallow and later, you’ll have the option to make your SD card internal storage. There are several ways to do it.

Upon Inserting the SD Card

When you insert an external memory, a notification will pop up or be displayed in the notification panel. Tap Set Up>Use as Internal Storage. Hit the Next button, then, tap on Erase & Format button. Select the Erase Anyway, if you need to proceed with the option. Once done, you will be asked if you’ll move the content to the new storage. 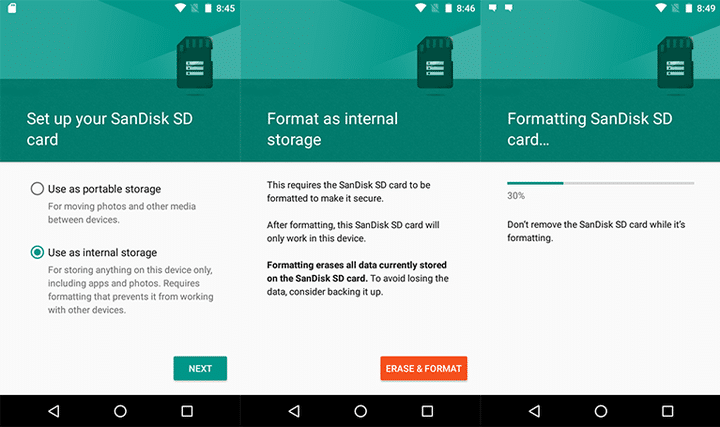 If you have used the SD card already, Go to Settings>Storage & USB (depending on your phone). Tap on your SD card, usually under Portable storage. Tap on the three vertical dots, select Storage Settings>Format as Internal. The process is the same. Yet, since you have been using the SD card, perhaps, instead of tapping the Erase Anyway, you can select the See Apps before deleting everything. You can back up data from the SD card first before erasing everything. Then proceed with the process and your SD card will be detected as part of the internal memory of your phone.

Even if you are still running the earlier version of Android, you can still try to keep your app on the SD card using Link2SD. But first, you need to activate Developer Options on your phone. Go to Settings>About Device (or About Phone)>Build Number (MUIU Version). Tap it seven times or more until you get the prompt that you’re already a developer.

Now, you can find the Developer Options. Scroll down to Apps and you can find Force allow apps on external. Toggle it on to push the apps to be installed on your SD card. Install the Link2SD app by going to the Play Store. Launch the Link2SD app and you can see a list of all the apps (including system apps) on your phone. Tap any app and then, select Move to SD Card. To keep the app in your SD, go to Settings on the upper right and find the Install Location. Select External and surely apps will now be stored in your external memory. 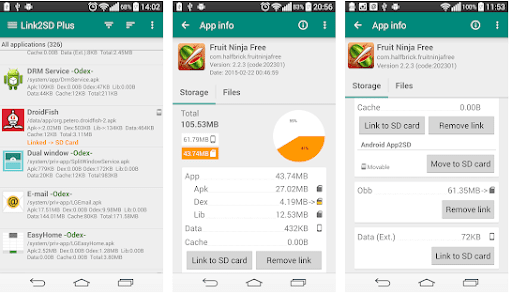 If it’s a challenge for you to keep the apps on your SD card, this article has discussed everything you need to know. Apps won’t stay in your SD card unless you mount it as internal storage or you’ll set the default install location to your external memory. Make sure to follow the step-by-step process to be able to install apps directly to your SD card and keep it there.