Whether it is Sega vs. Nintendo or Cox plans vs. any other plans, everyone gets hyped up whenever there is a showdown between brands. However, there are some who don’t like to take sides in such duels. But no one can deny the fact that such battles are quite interesting. It keeps things entertaining, to say the least. Although most of such clashes don’t really affect people, there is one battle in particular that impacts everyone. And that is Apple vs. Android. The bad blood between these two companies started when the latter purchased Android, which was developing an OS for smartphones. During that time, Apple was deep into developing its first iPhone. 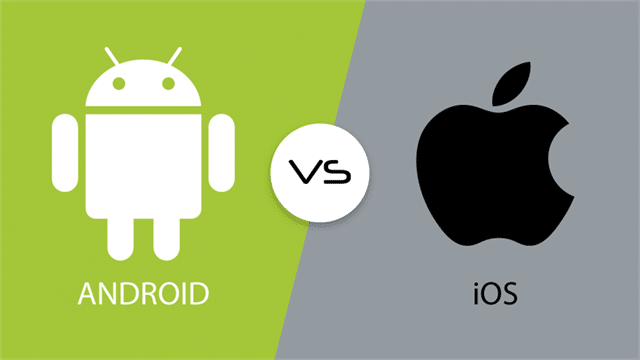 In 2007, Steve Jobs changed the world when he introduced the first-ever iPhone. However, Google was not far behind and started Open Handset Alliance with many phone and tech companies to market Android as a free, open-source operating system. A year later, the first Android phone, G1 by T-Mobile came out. However, at the time of the release, Apple was dominating the smartphone market. And their dominance couldn’t just fade like that. But Google didn’t give up on its efforts, and by 2012, there were so many handsets by various providers who were using Android that it was clear that they have overtaken Apple. As of June 2021, Android has a market share of 73%, whereas Apple is trailing at 26%.

What Does the World Love the Most?

Android may be dominating the smartphone market, but is it ruling the hearts of mobile users as well? Electronic Hubs went on a mission to find the answer to that. They did research to find out what the world really likes. They used SentiStrength, which is an academic language analytics tool that helped them analyze over 300,000 brand-related tweets. It aided them in figuring out which part of the world has positive or negative feelings towards the two OS. Here is what they found out:

According to the Electronic Hub’s study, Americans prefer Android over Apple. They conducted their research on a state-to-state basis. In California, where both emerged from, iOS takes the lead. But the people of New York side with Android.

There are a total of 19 states which are in favor of Apple, including New Mexico, Kansas, Oklahoma, Ohio, and Illinois. In contrast, Android is preferred by 32 states, including Florida, Hawaii, Alaska, Texas, Arizona, Missouri, and Nevada.

You may be surprised to know that it is not just the United States that likes Android; North America has also turned out to be the big supporter of the OS. Here, 13 countries had positive feelings about Android, including Costa Rica, Canada, Honduras, and Cuba. On the other hand, there were only 9 countries that liked Apple, including Barbados, Jamaica, and Mexico.

While the United States and North America may like Android, Europe loves Apple! In fact, Apple came out on top in an impressive 20 countries like Norway, France, Greece, and Italy. But this doesn’t mean people here don’t like Android at all. There were 17 countries that showed positive sentiment towards it, including Russia, Sweden, Poland, Germany, Spain, and Ukraine.

South America Has a Strong Liking for Android

The battle between Apple and Android is a pretty close one in South America. Here, five countries like Android, including Brazil, Venezuela, and Colombia. There are four countries that are anti-Android in South America, which includes Argentina, Paraguay, and Bolivia.

According to the data that Electronic Hub generated, 17 out of 32 countries in Africa prefer Android. The countries which are a part of the Android camp include Egypt, Kenya, South Africa, and Nigeria. There are 15 countries here that like Apple, which includes Morocco, Algeria, Somalia, and Cameroon. Android takes the win here!

People located in this region are Android fans as 8 out of 14 countries had positive feelings about it. The countries that picked Android include Iran, Iraq, and Qatar. The other six are Apple users, which includes the oil-rich countries, the United Arab Emirates, and Saudi Arabia. Kazakhstan also favored Apple!

The competition between Android and Apple is quite stiff in this region, with 13 countries likes Android as compared to 12 that favors Apple. The countries that like Android include China, New Zealand, India, and Japan. And the countries that picked Apple includes Pakistan, Indonesia, Australia, the Philippines, and Taiwan.

It is clear what the world likes, and it is Android. A total of 142 countries were surveyed, out of which 74 picked Android, whereas 65 favored Apple. There were also three countries that had a tie between the two; Fiji, Peru, and Belarus. This study has shown just how much people feel about their phones which isn’t a surprise considering they are using the devices almost all the time. So, on which side are you on, Android or Apple?